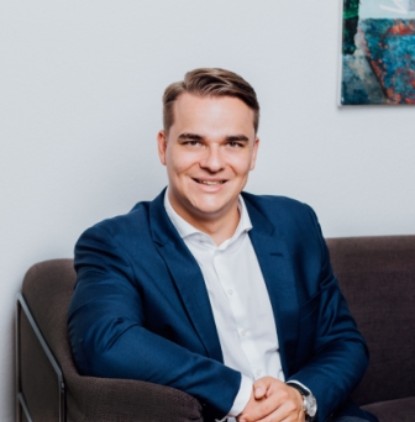 Fabian is an active naval officer currently assigned to NATO with experience in project management and leadership. Since joining the German armed forces in 2008, he has assumed responsibility for more than 60 people in a commanding position and supported multinational teams in missions abroad, before moving on to either assist or lead in military IT procurement projects and studies.

Currently he is working at the strategic level of military decision-making, his role includes analysing defence industries and the impacts of new technologies. As a senior analyst, he combines both operational experience and the experience of managing defence projects, including requirements engineering, in a high-tech military environment.

Fabian graduated from Helmut-Schmidt-University/University of the Federal Armed Forces Hamburg, Germany, in 2013 with a Master of Arts in history.

Officer of the German Federal Armed Forces, with positions as a unit leader, in international assignments in Afghanistan and as a project manager for IT projects in the cyber and maritime domains.

Master's degree in history, with sociology as a subsidiary subject, Helmut Schmidt University/University of the Federal Armed Forces Hamburg

Bachelor's degree in history, with the subsidiary subjects of politics and economics, Helmut Schmidt University/University of the Federal Armed Forces Hamburg

Planning, contract design, and actual construction of a naval vessel is a complex process that has always been shaped by numerous political and economic factors during Germany’s entire naval history. Naval vessels never constituted mere military objects but were also seen as diplomatic tools. Naval shipbuilding provided job security and economic development, often serving as a motor for technical innovation. However, for the shipbuilding industry, the construction of naval vessels – precisely because of their politicization – is a cost-intensive and economically as well as technically high-risk business segment. Thus, in order to be able to procure the ships best suited for their original military purpose, the German military and defence administration personnel developed numerous structures and processes.

This dissertation project deals with the historical course of German naval armament and will focus on the connections between political and strategic concepts regarding the armed forces, military requirements, and the technical and economic environment. The focus is the procurement of frigates for the German Navy between 1969 and 1989, a class of warships which was the most significant type of ship for the (West) German Navy after rearmament began in 1955. The ship class’ development began with the planning and construction of the Bremen Class F122 frigates and their predecessor versions from the mid-1960s onwards. After World War II, these were to be the first warships built in the newly founded Federal Republic of Germany that were based entirely on domestic design and construction resources.

Thus, the Bremen Class presents a point of reference for several questions: Which factors influencing conceptual as well as armament technology decisions during this time period presented the strategic core? Which processes within the bureaucratic apparatus were applied – or fell victim to political reality? Also, the question of identifying the overarching lines of development in the relationship between the Navy and the shipbuilding industry in the broader context of German naval armament needs to be taken into account.